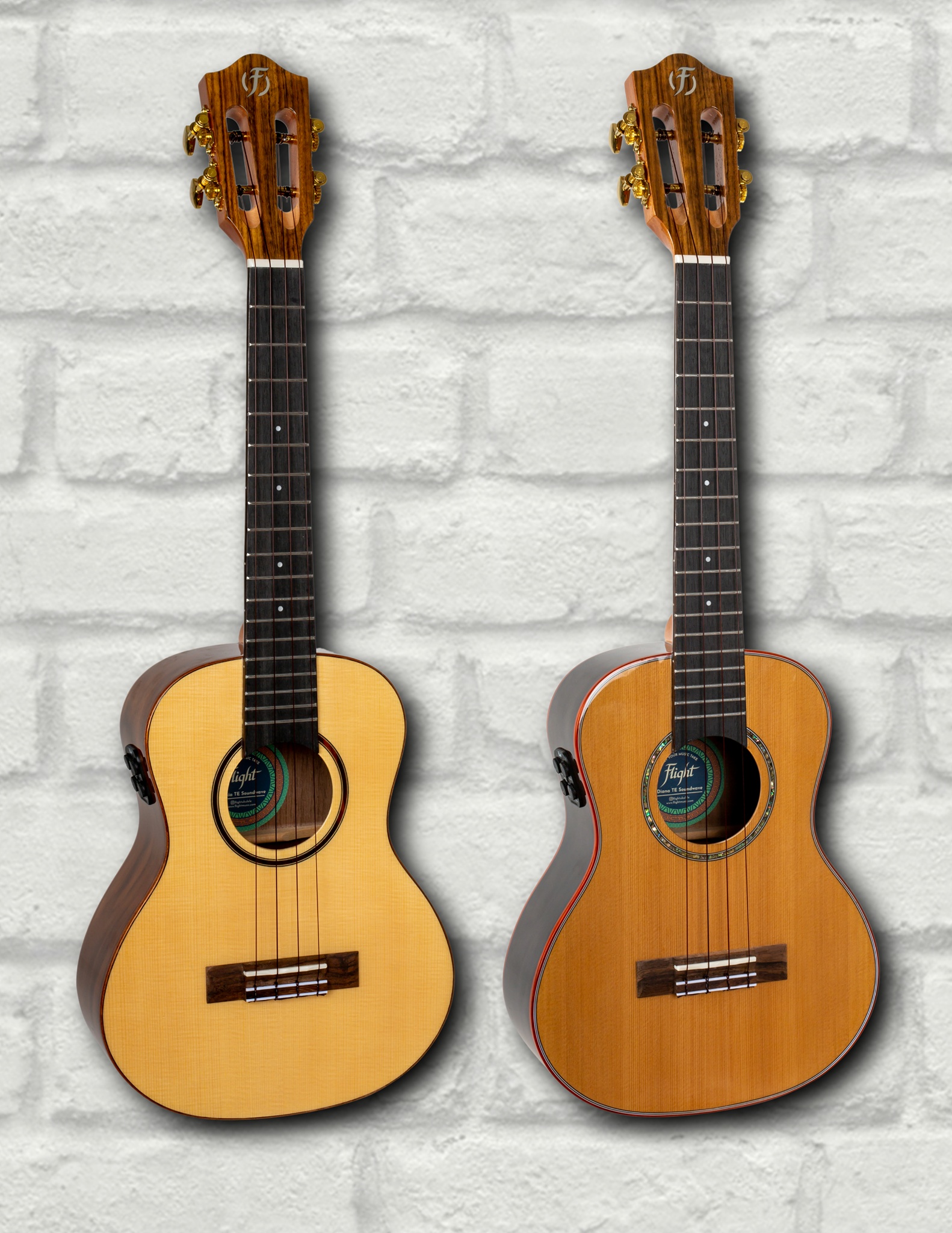 Flight is thrilled to announce the Soundwave Pickup System, a pickup system that that uses phenomenal new technology to place control of the preamp and various effects at the fingertips of the player, whether the ukulele is plugged into an amplifier or not.

The Flight Soundwave Pickup System amplifies a ukulele from inside the instrument; reverb, delay, chorus, and volume can be controlled with dials on the side of the ukulele.  When the ukulele is plugged into an amp or PA system, the EQ and effects bypass the interior system and send the effects through the output jack.

Performers are often at the mercy of a sound engineer when gigging. The Flight Soundwave Pickup System not only adds a new dimension to acoustic playing, but also gives the gigging musician complete control without the need of additional equipment other than a lead cable and the ukulele in their hand.

Flight offers the Soundwave Pickup System available for separate purchase and pre-installed on the Sophia and Diana, which are higher-end solid top spruce and cedar ukuleles with laminated walnut back and sides. Explore them here. 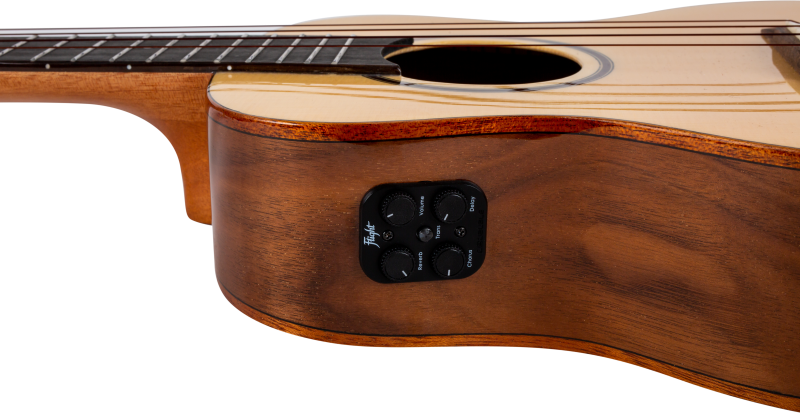 HOW DOES IT WORK?

The Flight Soundwave Pickup System represents a breakthrough in acoustic engineering and sound design, allowing you to get stunning acoustic sound and effects on your ukulele with or without being plugged into an amplifier or sound system.

How does it work?   An undersaddle piezo picks up the sound and sends it to the digital signal processor, where the sound is processed and then sent to an actuator, which is located on the back of the ukulele.  The actuator sends vibrations across the instrument, in effect turning the body of the instrument into a speaker cone.  All of the controls for the Flight Soundwave Pickup System are on the side of the ukulele, right at your fingerips for fine tuning.

The VOLUME dial controls the overall volume output of the preamp system.  Set the volume as high as you wish, but try to avoid feedback or distortion.

The REVERB dial controls the intensity of the reverb effect, which changes the acoustic “space” in which you perform.   Turn the reverb knob clockwise to increase the amount of reverb.

The CHORUS dial controls the intensity of the chorus effect, which adds a swirling property to the sound.  Turn the chorus knob clockwise to increase the amount of chorus.

The DELAY dial controls the amount of the delay effect, which adds a repeated, delaying echo to the sound.  Turn the delay knob clockwise to increase the delay.  Adjust the delay to match your tempo or to acheive the delay effect you desire.

Because your uke deserves it all! We offer a wide variety of ukulele accessories that…

Flight Crew on The Voice!

What Ukulele Series should I look for if…?

At Flight we offer a wide and diverse range of ukulele models, all of them…