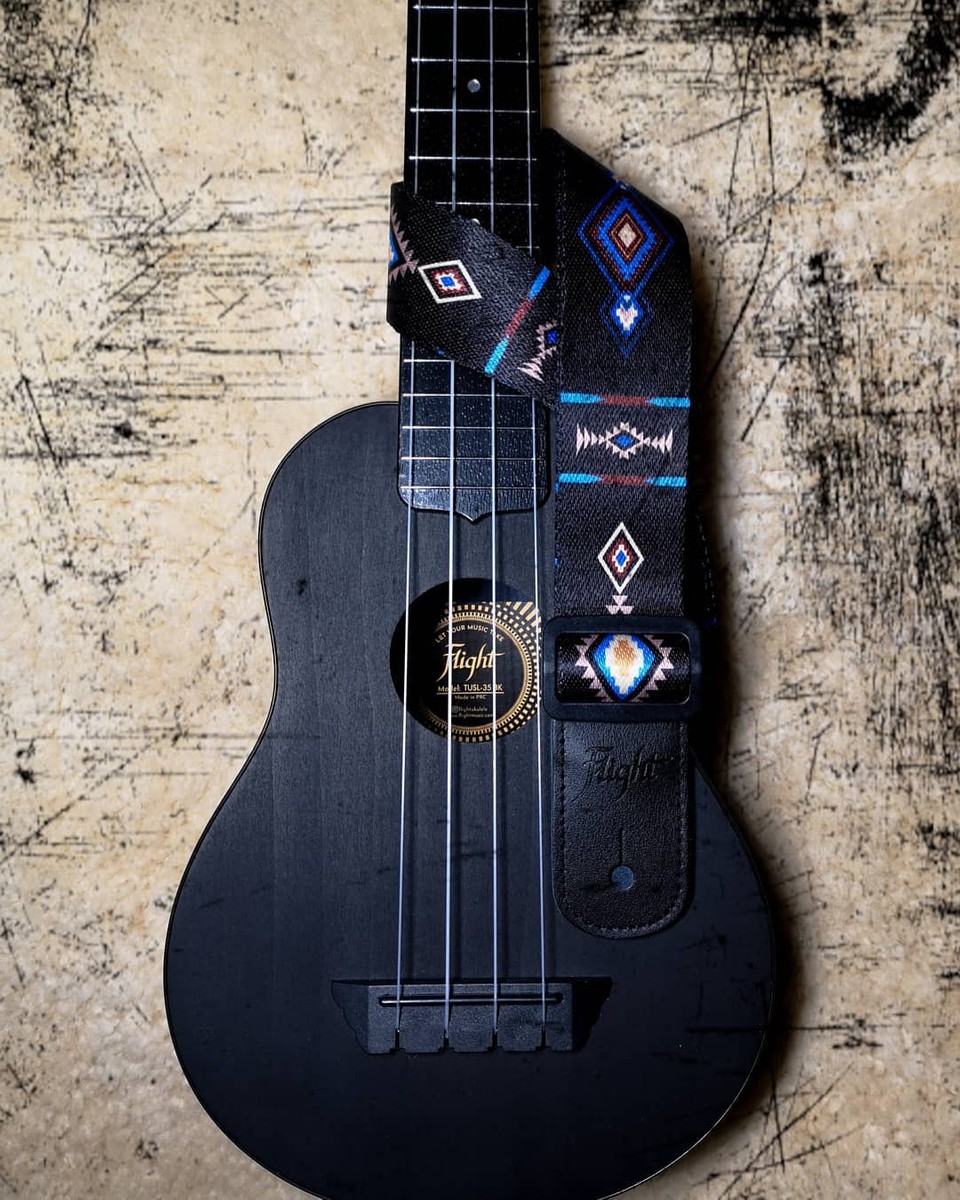 Some ukulele players obsess about strings, while others don’t give them much thought.   String choice has a big impact on the sound of your instrument.  There are many brands and types of ukulele strings, which are made around the world.    The place to begin a discussion about strings is to discuss the strings that came with your Flight ukulele.

Many Flight ukuleles come with Aquila Super Nylgut strings, which are made in Italy.  In the not so distant past, ukuleles were sold with poor quality strings.  Aquila introduced strings that were high quality, long lasting, affordable, and worked well on all ukuleles.  It wasn’t long until a ukulele with Aquilla Nylgut strings was considered to be a quality ukulele.  Super Nylgut strings remain the “standard” string of the ukulele industry.
Flight uses other kinds of strings on some ukuleles.  The Elise Ecklund Signature Travel Ukulele comes with Aquila Sugar strings, which are also made in Italy.  Sugar strings sound brighter than Aquila Super Nylgut strings and have excellent sustain.  The Flight Royal series uses D’Addario Titanium Strings, which have a warm and bright tone and are made in the United States.  The Flight Princess series features Worth Brown strings, which have a mild and mellow tone and come from Japan.  The Flight Victoria comes with Flight’s own fluorocarbon strings, which have a tone that is clear and projects well, and are made in China.
It is good to know the type of strings that came with your ukulele.  If you like those strings, you know what to replace them with.  If you want to try other strings, you can determine what to try next, and if you ever want to go back to the strings that came with your ukulele, you know what strings to go back to.
Next month’s Flight Uke Tip will offer suggestions of other strings you could can try on your ukulele.  If you want to try other strings now, the strings mentioned above are a good place to start!
flightuketiptipuketip

It is November, and the holiday season is right around the corner. If you are…

When learning a new instrument, finding a good routine is key!  Here are five tips…

Learning a new instrument can be a very exciting but also a very overwhelming experience.…